Why apologize? Since last year, when it unveiled Fabric, Twitter is giving away an embarrassment of riches to developers, from its free Crashlytics error-reporting and analytics suite; to Digits, a login service which now offers both phone and email options; to Mopub, a mobile-friendly advertising network which helps app developers make money. Twitter has even tweaked aspects of its service, like account profiles, to help app developers get more downloads.

At Twitter's second Flight conference for developers—its third such gathering in its history—CEO Jack Dorsey struck an apologetic tone.

Back To The Future

The problem for Twitter is its history, dating back to Chirp, its very first developer-focused event in 2010, where Twitter announced it had bought one popular app maker and would be making life difficult for other developers—particularly the ones who had come out with mobile Twitter clients during a period when Twitter, then a resource-strapped startup, was glad to leave that job to others.

Two years later, Michael Sippey, then Twitter's product chief, attempted to clarify matters and delineate which apps were okay and which weren't. That mostly resulted in more confusion.

Those bad feelings might seem like ancient history, were it not for very fresh incidents where Twitter has cracked down on developers who embraced Twitter. One is Meerkat, whose live-streaming app tried to use Twitter users' lists of accounts to announce broadcasts. (Around the same time, Twitter bought a Meerkat rival, Periscope.)

Notably, Dorsey mentioned Politwoops in his opening keynote at Flight. It wasn't clear if he thought Politwoops's access should be restored—or if Twitter should have just done a better job in communicating its policies.

Another is Politwoops, a nonprofit which catalogued deleted tweets by politicians, a technical violation of Twitter's terms for developers. Developers are supposed to respect a user's intent in deleting a tweet—but Politwoops argued, ultimately unsuccessfully, that politicians' speech was in the public interest. It's notable that Twitter took its own sweet time in enforcing its policy with respect to Politwoops—which suggests there may have been some internal debate about how to handle it.
Twitter's Winners And Losers

Twitter's new platform is very friendly to three constituencies: games developers, who have new tools both to build their software and get more downloads; marketers, who can place improved ads, particularly the fashionable "native" variety, in a variety of apps; and media publishers, who are getting more tools to embed tweets, showcase them in broadcasts and Web pages, and scour Twitter for tweets related to breaking news.

Dorsey mentioned how key features of Twitter, like username mentions with an "@" symbol, "#" marking hashtags defining a tweet's topic, and retweets amplifying a user's tweet to a bigger audience, were all created by users.

What I think Twitter lacks in its platform is space for experimentation, for new uses, for extending what Twitter can be.

That was a nice shoutout to the creative energy of developers defined most broadly—those who extend, explore, and expand the edges of a product.

But Twitter's Fabric seems best-suited for developers who stay knitted deeply into Twitter as it exists today, not the adventurous types who might tear a few stitches out here and there as they create something genuinely new. 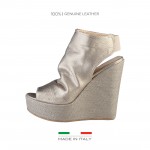 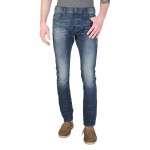