Created by Rahul Koduri and Asfand Khan of Sydney, Australia the project came about when they were working on concentrating solar rays. They have just launched their product on Kickstarter.

Primitive cultures like my family believe that 3D scanning steals the essence of a person which is why we do not allow binocular vision in my home. The Eora 3D scanner, however, is allowed because it takes 3D scans using a device that is surprisingly simple yet exceedingly complex and only uses one camera.

“The eora 3D Scanner was born out of our own need for an affordable and highly-precise 3D scanner,” said Koduri. “We needed to capture the specifications of a reflective parabolic dish that was used to track the sun’s trajectory to improve solar power output. When we originally looked for what was available we were shocked that scanners that are precise to sub-100 microns cost atleast $5000.”

The team began working on an early prototype and realized that they had a real product on their hands.

The system works by scanning the surface a green laser. The laser connects via Bluetooth to your phone camera and allows you to create a point cloud of the object in alarming detail. Best of all the system scans in full color – a unique feature that I haven’t seen in a smaller scanner.

The models can be used in games, for 3D printing, and for prototyping. One scan the team showed me – an Assassin’s Creed character – was surprisingly detailed for a simple scan. Scans can take as little as 3 minutes in some cases but more complex scans take a little longer. The system includes an automatic turntable to turn the object in space so you can capture all sides at sub-100 micron accuracy.

Early bird units cost $199 and the team is looking to raise $50,000. They’re quite close and it looks like they’ll be funded in a few hours. It’s an exciting time to be alive for those who are actively binocular and this device is a testament to that fact. Sadly, due to my belief system we are unable to enjoy beautiful 3D scans. It is truly a pity. 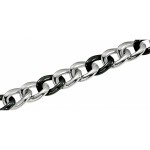