Long associated with basement dwellers and recluse shut-ins, hardcore PC gaming has become a part of the mainstream in modern culture in 2015, something that kids and adults can enjoy together as a group activity. So with new graphics cards equipped at the ready and dozens of PC-exclusives releasing every month, there’s never been a better time to bring that PC out from under the desk and place it prominently as a part of your living room console lineup.

For years, pundits and publicist alike were chanting that PC gaming had finally met its match. That after years on top of the gaming world as the technologically superior option, consoles had finally caught up to the aging platform, and asserted their dominance as the go-to option for anyone who took their top score seriously.

Look, we’ll get the easy argument out of the way first: no, it is not convenient to use a mouse and keyboard from the couch.

Even when they’re hooked up over a Bluetooth connection, trying to make a sturdy shelf on your lap or the cushions to type from is a fruitless exercise in frustration, and good luck getting an optical or laser sensor to detect accurate movement on your corduroy-patterned Lay-Z-Boy. Luckily however, consumers aren’t the only people out there who have been eyeing their living room as the new place where PC gaming will grab its next foothold our homes.

Valve (arguably the king of all things PC gaming), is on track to release a new controller for its Steam Machine platform that directly mimics the actions of a mouse using two innovatively designed trackpads. The controller works by replacing the standard dual-thumbstick setup with two touch-sensitive pads that work sort of like a flight stick for your fingers, where the left handles what would normally be a WASD movement setup, while the right handles aiming and precision.

Users who have gotten their hands on the controller ahead of its November release say the transition is seamless, and that some even prefer it over the traditional gaming setup they have at their desk. So that takes care of the mouse problem, but what about a keyboard?

Well, if you’re comfortable enough with texting, then controlling a PC from a distance is a cinch with the help of apps like Remote Mouse. Remote Mouse is an app for your Android/iOS phone or tablet that turns your device into a mobile trackpad and keyboard, wherein all the inputs are handled over the local WiFi connection. Simply put your phone and computer on the same network, link the two through the corresponding apps, and you’re good to start swiping, pinching, and pulling content around on your PC like never before.

Lastly, there’s Xbox controllers. Universally compatible with almost any game you could conceive of on a PC (save for mouse-heavy titles like MMORPGs or an RTS), Xbox controllers are just as good for gaming on a PC as they are on an Xbox console, and many gamers still prefer to use them even when the mouse and keyboard combo is still an option at their desk. Available both in wired and wireless flavors, playing a PC game in your living room doesn’t have to feel any different from the same experiences you’d get on an Xbox One thanks to Windows and Steam’s compatibility with the widely-loved controller and all its various accessories.

Now that the whole “how do I control this thing” conundrum is settled, it’s time to talk about the advantages that a PC has over your standard console.

We’ll get the most obvious caveat out of the way first: the power aspect. Although it’s painful to admit, the PC you build for $400 is never going to be as equally powerful as an Xbox One or PS4 upfront, simply because those are devices that console makers can build at wholesale prices, and usually take a hit on immediate profits in order to make it up on the backend in a cut of game sales and onboard apps.

That said, when you buy a console, you get exactly what you get, and nothing more. PCs main benefit over consoles is the ability to constantly swap out old parts, resell them, and then put that money toward a new upgrade. This modular approach means you’ll never be left wanting for better graphics or faster framerates a few years after the initial purchase because by the time the next console rolls around you’ll already have a computer that’s more than powerful enough to handle anything the next generation might be able to throw at it.

A computer also has significantly more streaming options than consoles, most notably in their ability to stream 4K video. As it’s been mentioned in previous articles, there are rumors that the Xbox One and PS4 might receive firmware updates supporting 4K sometime next year, but none have been confirmed either by Sony or Microsoft as being true. This in mind, as Netflix begins to ramp up it’s 4K content, it makes sense that a gaming PC would be the obvious choice if you want your next House of Cards marathon to really blow your eyeballs away.

Finally, there’s the games. Thanks to distribution platforms like Steam and GOG, the number of titles available for PCs far outstrip what you might find on consoles, many of which are exclusive to the PC and can’t be played anywhere else. Add to this that they’ll look better (The Witcher III in 4K really is something to behold), play faster (PC framerates are unlocked, compared to the PS4 and Xbox which still struggle to output 1080p at 60FPS), and have more multiplayer options thanks to LAN setups, and you’ve got the recipe for gaming success.

But oh, the noise. The heat. The brazen, bullish LEDs and 40-pound box of parts that doesn’t look good in anyone’s living room; who would want to deal with a thing like that? Fear not, because thanks to the tenets of technological advancement, nowadays it’s easy for premade PC makers to pack in three times as much power as a console into a tower that’s not much bigger than the systems it’s competing with.

Throw all these things together, and you have more than enough reasons why a PC is a better replacement for your console than any other gaming system around.

Although it may be a bit harder to get a PC that’s as slim and sleek as the above example when you build your own, there are still plenty of cases and chassis’ out there that are both slim and stylish enough to brighten up anyone’s living room lineup without coming off as too gaudy or out of place. Not only that, but with Steam’s Big Picture mode and a multitude of other connection options, if you do build a big honking PC that takes up more room than it’s worth, you can simply leave the computer in another room and stream all your games to the living room TV in realtime to compensate.

With all the obvious benefits to picking a PC over a standard console, it’s a wonder how Sony, Microsoft, or Nintendo are even still in business these days. More games, more power, and more customization all combine into the perfect gaming machine, and what better place to get your frag on than from the comfort of your own couch?

Sure, there are still a few console faithfuls out there who claim that PC gaming is reaching its final death knell, but that’s the funny thing about doomsday prophecies: If you keep yelling about them past the due date, less and less people are going to listen. 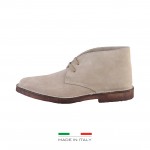 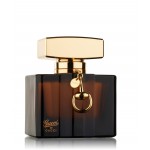