Armani has been signed with the Swiss organization Responsible Ecosystems Sourcing Platform an agreement by which you buy from Mexico crocodile skins for $ 130 a piece, which he sold for 5,000 or $ 15,000 depending on the size of the bag, to break the skins. Hurrah!

As I am of the people, the news is not that I too affected as consumers. Still I can imagine regular customers of distinguished ladies Calle Serrano leaning back in his divans of Moraleja "Bring me a glass of Moet, I need alcohol to drown out the death penalty".

That's why the Italian company will unveil his first collection without animal skins, the autumn winter 2017.

The statement issued Tuesday by the Armani Group was committed to the struggle for freedom of animals because, for them, "the use of cruel practice with animals is unnecessary." Aha, do you have realized now? It is that until 2016 the animals that made their coats were not suffering but enjoyed being part of an outfit with matching shoes and bag?

A change led by the designer by the "technological progress of recent years" and is that sustainable tissues begin to stomps.

According to the designer: "My company is taking a big step that symbolizes that we care about the problems pertaining to the environment and animals".

The Fur Free Alliance president, the group of animal organizations with which Armani has signed the agreement, said: "Armani's announcement makes clear that designers and consumers can have creative freedom and luxury without supporting animal cruelty. Your ad is proof that compassion and innovation are the future of fashion ".

When you stop using fur in 2016 but since 2008 pissing wearing animal lovers. Gtres

The news has been received from animal organizations like the cure for kidney stones. In fact statements have not been slow to appear. Claire Bass, executive director of Humane Society International is "the most powerful message extolling probably in that killing animals for their fur is not fashionable."

Armani follows the trail of Hugo Boss, Tommy Hilfiger, Calvin Klein, Ralph Lauren and Stella McCartney in the use of synthetic leathers. They have been 40 years of making garments through suffering, but I will be positive: better late than never and is a victory for both animals and pockets Armani customers. 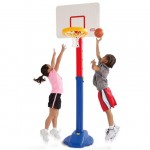 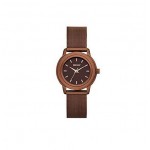