Gasteiz - The future weighs 5 kilos and 200 grams. A carbon casting hanging from tongs. Flutters lightly in a room, the Basque factory showroom, as these works of modern and conceptual art look astounding. On land, he dismounted from his aerial pose, the future is light, he is grasped with one hand. It seems liquid. "It is our lightest bike. Weighs 5 kilos and 200 grams, "framed Roberto Lopez, BH Product Manager, bicycles Eibar Basque born over a century ago and now roll from its hub in Gasteiz. "We used weapons manufacturers." The guns fell silent. A farewell to Arms. Hurrah! for bicycles. "We had machinery and steel, so Beistegui Brothers, became bicycle manufacturer", spells out Roberto, framed by modern glasses cyclist mount. Before commanding the steel, now it governs carbon, an ethereal material, but extremely resistant stitching racing bicycles, the high-end market in constant evolution. "In this business you have to constantly improve, evolve to be competitive. If you lose the wheel, forget it, "says the product manager of the Basque firm.

It happens that the world of cycling, clinging to tradition, outdated standards, antediluvian characters, prevents the best bike BH, its flagship product can be used in competition, yet to enjoy any cyclist who can afford the price. The laws prevent the UCI, the sport governing establishment and fixing the minimum weight of a racing bike that must be hosted 6,800 kilograms. "It's nonsense. The rules have been very old. That is more than exceeded. Manufacturers are the first to want our bikes are safer, lighter and stronger. Nobody throws stones against his own roof. So for just racing bicycles weighted "he analyzes Roberto while talking on the properties of carbon, a material used in the aerospace industry, Formula 1 and the manufacture of bicycles, mainly. "In terms of materials alone aviation and automotive industries are ahead of bicycle manufacturers." In fact, all firms are concentrated around the few suppliers of carbon exist and track the slipstream of the aerospace industry.

Bicycles do not fly, either levitate like macfly skateboard Marty in Back to the Future, but its constant evolution tells the story of a flyby that starts with a pencil, paper and a drawing board. "Sometimes you start with the simplest design," says Roberto, who draws pictures of bicycles in the design team of BH, where Zuriñe, one of the designers working with computer in the development of a picture, which also serves the Pantone color. "The multinational Nike sports usually set fashion colors," the product manager. Although at first glance the frame of a bicycle no longer be a triangle, three lines that intertwine with a more or less aggressive geometry, design and development thereof, which takes six months, must respond to numerous variables. Every change, some subtle, need hours and hours of study. With the computer's dynamic flows are calculated, the turbulence generated critical areas, effort sharing material ... "Any small change involves many changes," says Roberto López, which explains why they decided placed below the rear brake, contrary to tradition noticed that the top of the box. Says the product manager of the wheel speed, the force generated by passing on that particular point. All are details. Nothing is left to chance. "Basically this is the response of the bike has more effectively." Efficiency is one of the keystones in the manufacture of bicycles, more so in highly competitive products. "The bike has to be effective, lightweight yet rigid and tough enough," he emphasizes Roberto also designing tables, also test products. "You have to know what you do, what their weaknesses and strengths."

Before manufacturing the tables, the rear suspension and the forks, the Gordian knot of the bicycle, have to pass very stringent tests to validate the design of the main elements. In a room of the factory, three machines-looking pony torture measure the resistance of the materials, their response to extreme conditions, which significantly exceed the use of a bicycle. "The materials are taken to the limit. Well above what dictates the norm. " Stress tests of movement, something like the bending of the box reaches 300,000 cycles, when the rule sets a ceiling of 30,000 to validate it. To check the rear, it is subjected to 10,000 cycles, "as if they were hammering" to test the rigidity. A fork, it is subjected to a pressure, on a 45 ° angle, for 1,500 cycles. "All this is done to evaluate the safety of bicycles like the crash tests are performed in cars." The tests are performed before bringing a product into the streets, but they continue with random samples to check that the bike is well done. "We played our prestige and this is a very competitive industry slips Roberto Lopez.

PRESENCE IN THE TOUR Thanks to these products, BH will be in the Tour de France through the French Direct Energie team, heir of Europcar, which has partnered with the Basque manufacturer after leaving his collaboration with Colnago, one of the great classics. "For us it is great news that rely on our products. We do not speak from the point of view of sales and raise awareness of the brand, to position yourself in the market as a high performance product. There is no better showcase than the Tour. Only the World Cup and the Olympic Games have more significance. Being on the tour is the ultimate for a bicycle manufacturer, "argues Roberto. Basque brand provide 150 bicycles for the team between normal mounts and trial bikes, G6 Pro for normal stages, Evo Ultralight for mountain and Aerolight for time trials, which must go through the wind tunnel United States before they set course to walk the next rider. Thomas Voeckler, the team leader of all Gaul is the tester of the new bikes. Bernaudeau, the manager, is confident his touch and experience. "They have said they are pleased with bicycles. Note that the bicycle drives him, "says the product manager of BH. The company will also continue its collaboration with Murias Euskadi-Basque Country, the Basque squad that intended to be in the Tour of 2018. "We hope to be achieved" desired Roberto Lopez.

By then, the bikes will remain carbon, but not take too long to make another step forward to reach another milestone, another frontier: graphene, the most revolutionary material known. Lighter than none, extremely flexible and ultra-resistant, hard as a diamond. "Maybe in four or five years they can make graphene bicycles because it is already testing in the aviation industry. From there, the development will be fast because this is going too fast, "Roberto concrete box holding a carbon monocoque, on the one hand and waving a handkerchief. The triangle barely 540 grams. Graphene be able to thin even more. "Probably they can build boxes 300 or 350 grams." Then the future will be present and will hang from two clamps that will hold less than five kilos. 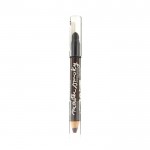