With these five tips, you can make a good live broadcast from your Facebook account.
After the avalanche of smartphones, it is more common to find new possibilities for recording and editing a video in less time. However it is now possible to make a live transmission using Periscope or Facebook. Network latter being an option with better facilities to be shared with other users.

The new tool for Facebook called Facebook Live streaming and was launched in 2015 to famous users, and in January this year, and could be available to all users of the world's largest social network. Here we leave you five great tips for you to get the most out of Facebook Live:

1. Objectives: before you start using Facebook Live is good to set the target of the transmission, context and reason. If it were to last long, it is good that at the beginning, middle and end mentions this information. Facebook's recommendation is to record clips of between 5 and 10 minutes, until now the limit is 90 minutes.

2. Promotion: if you were to be in an event or a conference, it would be announce this fact in your Facebook account before starting the transmission. If you were to do so by an institution or organization, you should use all social networks to make the announcement. If it were something more private, you could send an invitation to an event using your Facebook account.

3. The environment: to start making your transmission via Facebook Live is important to get fixated on having a good source of light on the subject or object of your recording. an important tip is to remember not to place the light behind the camera as a shadow would be created and would cause the person filmed close your eyes. Also, prevent light is behind the subject to prevent back-light. For audio, if you have a microphone, you can use your headset cell.

4. Stability: to record successfully your first transmission on Facebook Live you could use a tripod for stability. If you did not have this instrument at hand you could ask someone to record you, if you are alone, you could find a place to lay your arm or cell stably.

5. Have fun with Facebook Live: do not forget to be informative and sociable. The live broadcast also requires attentive to the comments of users who should attend and answer. When you start recording, a notification appears automatically in the "feed" of your followers and probably the first to see you.

At the end of the transmission, you have the option to save a copy of the video on your phone and another in your Facebook account. so interested that could not be connected when you did the live video, you can see and share. 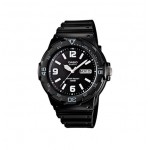 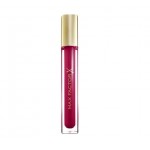