In fact, two years later and an amazing quarter later, it's equally clear that Amazon is increasingly "a computing company with books," as Quentin Hardy tweeted: What's less obvious is just how big Amazon Web Services has become, in terms of overall value of the business. Logging $2.09 billion in its latest quarter, AWS is on a $8 billion run-rate, booming 78% year over year. So, if AWS were a standalone company, what would it be worth?

Two years ago VMware president Carl Eschenbach snidely suggested that he found it "really hard to believe that we cannot ... beat a company that sells books."

But, it's worth noting, it could be much, much higher.

As EchoSign co-founder Jason Lemkin notes,  Buddy Media, a cloudy SaaS ("software as a service") company growing at roughly the same pace as Amazon (albeit on much lower revenues), was acquired at a 20X valuation multiple. That would put AWS' valuation at $160 billion. Pretty heady stuff.

Closer to earth, SAP acquired SaaS company Successfactors at a roughly 10X valuation multiple. That would put AWS at $80 billion.

If we leave the enterprise software (SaaS or otherwise) world behind, and focus on companies that get a big multiple based on their potential to grow fast and completely change industries and the world, we get companies like Facebook (24X, putting AWS at $192 billion) and Twitter (14X, or $114 billion in AWS valuation terms).

The actual valuation for Amazon doesn't matter that much. What's much more interesting is how much value Amazon is giving its customers.

Why Amazon Is Winning

Two years ago VMware CEO Pat Gelsinger declared, "We all lose if they end up in these commodity public clouds." But it's clear the only losers are the companies that persist in trying to "extend our franchise from the private cloud into the public cloud and uniquely enable our customers with the benefits of both," as Gelsinger went on to say.

It would be easy to lamely say, as these companies have, that "change is hard!" But Microsoft, with tens of billions of cash at stake in its legacy businesses, is seeing soaring demand for its Azure public cloud, which saw Azure revenue and compute usage double year over year.

Those companies include Oracle, IBM, and other legacy heavyweights with mountains of cash to fund a shift to cloud, yet with very little to show for their investments.  They blame currency fluctuations and other "headwinds," but Amazon deals with those same headwinds and has grown at a torrid pace.

Because, you know, Microsoft isn't just trying to stick a cloud label on its legacy business. It's actually building a serious rival to AWS, and in the process has more than doubled the cloud platform progress of Oracle, SAP, HP, and IBM.

It's All Public Cloud

Let me make this clear: Public cloud is winning, and in a massive way. Only AWS and Microsoft Azure are credible contenders today, because they're the only two building serious public clouds designed for developer productivity rather than ways to keep customers tied to their outdated and outmoded products.

Today AWS is worth close to half the value of IBM's ($141 billion) or Oracle's ($161 billion) entire businesses, will shortly displace SAP ($92 billion), and already exceeds that of HP ($53 billion).

It's only going to get worse for these titans, because AWS promises a different, better way to think about enterprise software. But for customers and developers, things are just going to keep getting better. 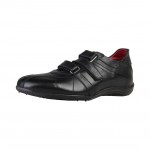 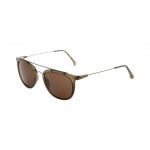