The last revolution of Spanish fashion is marked by the expertise, craftsmanship and use of social networks has enabled some artists reach 'celebrities' previously unattainable.

Sometimes, success comes in the most unexpected way. At M & M, a store children's clothing Valladolid, came unwittingly through a photo shoot published in several magazines. In it, Charlotte, daughter of the Duke and Duchess of Cambridge, wore one of his designs, a flowered dress. What other firms pursue with expensive marketing programs, this Valladolid company has done it accidentally, possibly through the nanny Spanish princess, who would have acquired the gift during one of his stays in Spain.

The international notoriety does not always proceed flashes of gateways is something they know to spare another Spanish firm, this time with a clear expansion strategy has positioned itself in such uncharted like the kidswear segment. The Galician company Pili Carrera, founded in 1963, has become justly famous dress after other girls associated with royalty: Princess Leonor and Infanta Sofia; and the three daughters of the kings of Holland.

In an age where it is common to speak of the revival of Spanish design in the international arena, surprisingly, the most striking cases happen just outside the large firms gateway. If the Spanish designers of the eighties and nineties looked in the mirror of the great French and Italian designers, the new generation is made up of companies with more moderate dimensions and precise goals. When in 2013 the designers Maria Ke Fisherman and Mary Escoté jumped to the front of the specialized media, they did it for the creativity of its collections and its international points of sale, but also for having worn a global stars Miley Cyrus and Katy Perry, respectively. It was shocking precisely because of the disproportionate step they took: parading in the novel section of the Mercedes Benz Fashion Week Madrid to dress influential artists. While many asked for the reasons, the answer was always there: the use of technology and social networks, able to save large geographical distances and budgets.

"Instagram has been instrumental in my career, because I was able to share my work and reach many people without spending money," says the Rioja designer Ruben Galarreta, who knows perfectly the reach of social networks when it was about to conclude his fashion design studies in Madrid, received a message from the study of Indian Manish Arora creator inviting him to work for him. A few weeks later, he was in New Delhi Galarreta, participating in the creation of the collections of the firm and working on special assignment as a design that Lady Gaga wore in London. This experience opened the door to a new project: create your own signature. He has already presented several collections based on an innovative use of digital printing. "I'm still using social media, because it is the means used for international stylists contact me," he says about another star who has dressed the American soloist Ashanti. It also has an important digital base Andrés Gallardo, signature jewelry designers and Marina Casal Andrés Gallardo founded in 2010 to produce accessory collections based on an innovative use of porcelain. When they came to present their product to Première Classe, the most important trade show calendar Paris, they found that the Spanish design had a negligible reputation. "The product design and Spanish are associated with quality," explained Casal. "We are competitive, because in Spain there is an important artisanal sector that allows us to work and take large orders. There are many workshops using traditional techniques, and that creates added value ". Since the Madrid firm ensures that the international market accounts for 75% of sales in physical points, and 60% of those made through its website. Mainly exported to Japan, Taiwan, Hong Kong, China and Russia are expanding their market in the United States.

Something similar happens to Mikel Cans, a designer from Barcelona who decided in 2012 to found a brand called Henten leather accessories. Cans states that 80% of its sales abroad occurs mainly through its online store. "From the beginning we have focused on the international market, because it is easier to consume the customer a quality product handmade at a reasonable price in other countries." To his credit also plays one of the greatest strengths of Spanish design: the leather. "In the area of ​​leather accessories, our country enjoys a very good reputation, tradition, quality and attention to finishing," explains.

Capitalize the leather tradition is something very well known brands such as Loewe, which produces leather accessories all in Spain, but also as independent firms Inés Figaredo, positioned closer to the luxury market that has conquered with their bags from the classic Queen Letizia to the extravagant Lady Gaga. "Our brand has a plus, which is the artisan craftsmanship of each piece," says Cans, which opened its online store when he decided to do so only in English and with free postage worldwide. If thinking big is the key to success, you talk about the international market seems a good start. 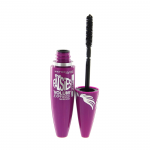 The ultimate mascara is out no.. 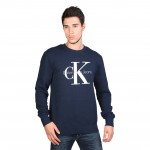 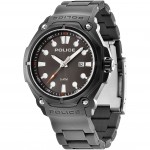