You're thinner than an A4 sheet of paper?

Twitter and Instagram are filled with young Chinese photographed after an A4 sheet, trying to get his waist is hidden. Many users have reported this 'fashion' and warn of the negative message it conveys a viral challenge like that.

Young Chinese have begun a dangerous fashion in social networks under the hashtag #A4waist that is to make the waist is hidden behind a sheet.

Both Twitter, and Instagram and Weibo, China's most famous social network, are filled with young photographed after a sheet of A4 (21 cm) size waist trying to be hidden behind it.

However, they have already left those who mock this 'fashion' and stick several roles, side by side, cover his waist to get behind them.

They have also been raised critical voices that warn of the negative message it conveys a viral challenge like this.

Internet fads are often too dangerous and meaningless, remember the challenge of cinnamon or condom challenge to name a few.

Many teenagers around the world to try this type of viral challenges to gain popularity.

The new challenge that has circulated on the Internet is photographed showing a foil sheet 4, inviting young people to be thinner than the blade.

Users around the world have denounced this trend, which emerged in China with the hashtag #A4waist.

Criticism of this trend are innumerable, and even longer is alarming to parents about feeding their daughters. 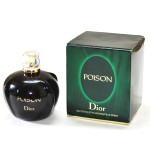