If it is completed, the £69 billion ($106 billion) merger would be the third-largest in history. The combined brewer would earn about half the industry’s profits and sell one in three pints worldwide. But agreeing on a deal price was, in relative terms, straightforward. Executing the merger, let alone running the resulting behemoth, will be more difficult.

THE battle lasted one tumultuous month. In September SABMiller, the world’s second-largest brewer, said it was the target of a takeover by its bigger rival, AB InBev. There followed a volley of bids, skirmishes in the press and tense private talks: between them, the firms’ main shareholders include a big tobacco company, the dashing scion of Colombia’s richest family and three Brazilian billionaires, not to mention South Africa’s public-investment fund. On October 13th, one day before a deadline mandated by British takeover rules (SABMiller is listed in London), the companies announced a tentative deal.

It is little surprise that AB InBev got an agreement. Its history is one of voracious acquisition. In 1989 the three founders of 3G, a private-equity outfit, invested in a middling Brazilian brewer. That firm then guzzled bigger rivals on three continents to become the world’s largest beer company. AB InBev has also been feeling parched recently. Consumers in many big markets are switching beverages. When they do drink beer, they are increasingly choosing “craft” brewers. Last year beer volumes in America stayed flat, but craft brewers saw volume hop up by 18%. AB InBev’s share of America’s beer market sank from 50% to 45% over the past five years, according to Euromonitor, a research firm.

The acquisition of SABMiller offers a quick way to reach new markets: the firm earns 29% of its profits in Africa, for instance, where AB InBev does little business. An acquisition would also let the famously frugal AB InBev unleash its cost-cutters on another company.

Yet many steps remain before the deal is done. Under the terms outlined this week, AB InBev would pay a mix of cash and shares to SABMiller’s biggest stockholders—Altria, a tobacco firm, and Colombia’s Santo Domingo family—to help them avoid a hefty tax bill. Other investors would receive £44 a share, 50% more than they were worth a month ago. AB InBev now has until October 28th to pore over SABMiller’s books and finalise its bid.

It will take much longer to win regulators’ approval. Antitrust concerns may force AB InBev to sell SABMiller’s stake in MillerCoors, in America, and in CR Snow, China’s biggest brewer. SABMiller’s other partners may also present trouble. The firm is an important bottler for Coca-Cola in Africa. The soda giant is unlikely to want a partner to be controlled by AB InBev, itself a bottler for PepsiCo in Latin America.

If and when the deal does close, AB InBev has to make it work. Becoming a bigger company does nothing to stop the advance of craft brewers or convince oenophiles to buy beer instead. And AB InBev’s undoubted talent for cutting costs faces a tougher task in this instance. SABMiller is already lean. It also has scattered operations, which will make it harder to find redundant factories and workers.

AB InBev has its work cut out, but Trevor Stirling of Sanford C. Bernstein, a research firm, is among those who nonetheless wonder if the company’s biggest deal may still be to come. Before the takeover announcement, some had murmured that 3G or AB InBev might try to buy Coca-Cola, a company with fat to trim. Soft drinks comprise about one-fifth of SABMiller’s volumes. Acquiring Coca-Cola would create a leviathan with a huge global infrastructure of bottlers and other production assets. Marketing could be kept separate, if need be. The idea is, on its face, so bold as to seem absurd. But if recent beer deals are any indication, it is not impossible. 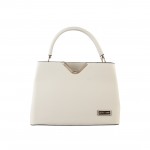 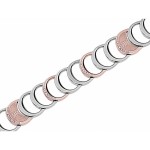