THIS was supposed to be the year when the Federal Reserve would raise interest rates, which have sat between zero and 0.25% since late 2008. Shortly after the Fed allowed rates to lift off, pundits presumed that the Bank of England, which since March 2009 has held its base rate at 0.5%, a three-century low, would follow.

But on September 17th the Fed balked. Andrew Haldane, the Bank of England’s chief economist, has meanwhile been airing the prospect of a further cut instead of a rise. Central banks that have raised rates in the past have had to retreat, including the European Central Bank and Sweden’s Riksbank, which has since pushed rates into negative territory (see chart). Yet the longer rates remain so low, the louder the chorus of concern about financial instability, as investors in search of higher returns pile into ever riskier assets.

This week the IMF delivered its riposte to such concerns, in the form of a report that concedes that financial risks are rising, but contends that higher rates are the wrong way to rein them in. Interest rates are low because of the disappointing recovery in advanced economies...Continue reading 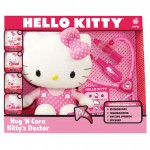