Kiwi Survey is a new application created in Argentina which generates surveys to suit any device in minutes.

One day I had to get a tool that breaks the mold of the classic platforms of surveys, forms that seem bank. Today over 60% of online surveys are being answered in smartphones, but the main platforms they continue making products that do not conform to these devices where the user has to shrink, enlarge and even a scrolled the screen.

It's called Kiwi Survey and is based on 3-axis apart from the competition that exists today.

First, multiplatform, that is, the application adapts to any mobile device regardless of which operating system to have, whether smartphone, tablet or desktop computer, the survey will be perfect, thanks to extensive work carried out in UX ( user experience).

Second, customization. Each survey will be totally different to the other. This means that each client can upload your own logo, colors, images, videos or even gifs, making every single survey.

Third, the response rate. The purpose of a survey tool is to get as much information, so you know they are not only creating pleasant user surveys, but increasing the rate of response and completion of the survey. Survey Kiwi has an average rate of its surveys of a 84% completion.

It is a project that was born in Buenos Aires where he has his office, and already has clients in several countries, including the United States, Brazil, Chile, Mexico, Colombia, Uruguay and of course Argentina among others.

The project is accelerated and is part of the Overboost accelerating since the beginning of creation.

The same team previously founded a design-focused, where they worked for different brands digital agency. In many cases their customers ask them surveys, and to realize what they found the market realized the big hole that existed in this area and the need that existed in the brands.

"Companies today need to know about its users and customers, the problem is that these users today are in constant motion and is very difficult to collect information from them. Traditional tools of online surveys, continue to make products that do not look old bank forms, unsightly and worse, not suited to mobile devices, "said Federico Guaglianone in dialogue with the other MATE.

How does it work?

The customer can create an account via the website, and following four simple steps, you can have a functional survey in minutes.

You can also talk to the team of Kiwi Survey for advice on how to build a good market research survey.

The service is already online and with different clients, so to start using it is very simple, just creating the account is ready for use.

The founding team was the winner of different innovation programs such as Startup Chile, SEED Startup Minas Gerais and Brazil.

"The market survey is already taking a big leap in quality e s what lies ahead in the future," predicts Guaglianone. 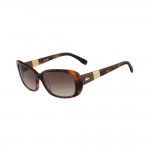