The routine is "enemy number one" sex, so the sexologists recommend "change the script" to keep eroticism at this time, either the place or clothing, and "negotiate" with the couple much on issues such as family dinners to avoid conflicts.

Leisure is an ally of sex, and Christmas is a time when many people have more free time, so it is a factor influencing sexuality, he told Efe the president of the International Academy of Sexology Medical (IALA), Francisco Cabello.

As is the case after other holiday periods, after the holidays increase consultations relationship problems because the expectations were for these dates are not met and, having shared a long time, communication conflicts arise.

In fact, intimacy and passion-family interference are the main causes of conflict in pairs, and Christmas, full of meetings with the family, is a "likely" to these problems now.

In the absence of desire, or simply to keep alive the flame, one of the recommendations is the "therapy of scripts", which is to change the image, dress or location, and here breaks fall to other cities.

Although the holidays can help sexuality, do not do heavy meals and alcohol excesses in which "certainly difficult" relations, according Hair, founder of the Andalusian Institute of Sexology.

In this regard, he referred to a difference between the sexes, as a study shows that women up to three glasses of liquor conducive eroticism and sexual response, while in men a similar intake promotes eroticism, but not the answer .
Change in the script

How to avoid dinners and alcohol these days is a difficult task, sexologist advises reverse the usual order, and instead of "showering, grooming, dining, drinking and then trying to have sex" couples begin at last and after , "to celebrate the good that has come to them, give a dinner" because "a full stomach is not the same."

What then about the aphrodisiac foods? According to the expert, it has always been said that foods with more animal protein content and are more inclined to sex, but in daily practice there is no scientific evidence that there are foods that.

In everything related to sexual desire there are many topics and literature, according Cabello, who pointed out that there are 14 percent of men who have hypoactive sexual desire, which "never found time to get" despite the fame they take more women in this field.

And by age 70 there are people with a "great" sexuality, while the other 18 are "very rare and poor," said sexologist, who has admitted that, as you age, "cruising speed It is different. " 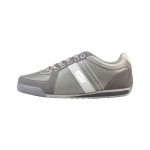