“IN THIS case, there is no ‘House of Cards’.” President Xi Jinping of China charmed his audience with those words at a fancy dinner in Seattle on September 22nd. Also at the event, a prelude to his state visit to Washington, DC, later in the week, were political figures like Henry Kissinger and business leaders with investments in China such as Bill Gates and Satya Nadella of Microsoft. His comment was a reference to a popular television series, in which Sino-American business dealings go awry as a result of geopolitical machinations and political skulduggery.

Though the gathered worthies laughed at the joke, the businessmen among them are worried. Commercial ties bind the world’s two largest economies, but geopolitics constantly risks driving them apart. In recent weeks the Obama administration has threatened to impose sanctions on China for allegedly spying on American firms. Mr Xi insisted his government would not engage in commercial theft, “nor encourage or support such efforts by anyone.” (The two countries are negotiating a treaty to ban first use of cyber-weapons, though there is scepticism about the effectiveness of any...Continue reading 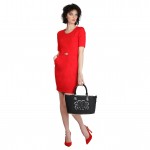