The consumer version of Windows 10 is available from a few months ago, and by now, you've probably heard what Microsoft has to say about the operating system and read descriptions of its features. But what actual users think?

Windows 10 has the same problems of any operating system migration but adds privacy issues and may not deliver the kind of value that IT departments seek.

Based on early adoption rates, you can guess that everything is hunky-dory, but there are problems with Windows 10.

First, Windows 10 can not be released of all family head aches that come with migration to a new operating system. Then there are the privacy issues and a new web browser that does not play well with application programming interfaces (APIs) of Internet Explorer, including Silverlight. Buckle up and find out about the problems of Windows 10 that some bloggers have experienced.

Migrating desktops to a new operating system is never easy. There are four key considerations to keep in mind when reflecting on the decision, according to Massimo Mazza in DataBlog.

First, the operating system must be compatible with all hardware-equipment that employees use portable computing, desktop computer equipment, printers, external hard drives and more. Then the software and applications must also be compatible. If users can not access their applications or developers have to build new ones, you could experience significant downtime in the future. Third, remember safety. You must know when support for your old operating system ends because it must complete the migration before that date. Finally, keep costs in mind. A new operating system comes with new licenses, but may have to buy a different hardware or enlist the help of others to get everything up and running, all of which costs money.

To reduce the risk during migration, she wrote Mazza, must prove their production environments in the new operating system before making decisions, and should support it. You can also take a slow and steady approach to decision to wait for any errors or other problems to report pioneers.

Where is the value of Windows 10?

With all these problems of migration, Windows 10 has to offer some serious value. But because today's employees do a lot of work on their mobile devices rather than desktop computers, Windows 10 may not provide sufficient reasons to move back to their desks. It does not, according to Brian Glick Computer Weekly. Even with Windows 10, he believes that users continue to use their desktop computers only when they need a physical keyboard or a larger screen.

In addition, Microsoft licensing agreements are outdated, Glick wrote. The company bases its licensing agreements in models of three to five years that IT departments simply no longer continue. However IT managers should see a return on their investment within a year or two.

If the questionable value proposition was not enough to make you hesitate about migrating to Windows 10, the very real privacy concerns could stop it in its tracks.

By default, Windows 10 communicates with Microsoft servers, including sending private information. To make matters worse, the configuration change will not help, Shaikh said in his blog Rafia WCCF Tech. Windows 10 keyboard entries stored in the temporary files and transferred via encrypted every 30 minutes to three different file servers. This means that user passwords are not secure. And even if users do not log on to a Microsoft account, the operating system still sends the data.

And Windows 10 problems worse. The operating system sends data to the camera as well as voice data, even if users turn off Cortana. Anything that users type in the Start menu is sent to Microsoft. And do not even think about trying to use proxy servers to prevent the flow of information; Windows 10 sends requests to a content distribution network that can prevent the proxy.

Application compatibility is an obstacle to Edge

With Windows 10 Microsoft also launched a new Web browser, Microsoft Edge. It offers a number of features, including sight reading, which delivers the web pages in a format readable and Web Notes, which gives users the power to write directly on a web page.

Edge cut ties with common APIs such as Internet Explorer ActiveX and Silverlight, according to John Bristowe in a blog network developers Telerik. This means that if you decide to migrate to Windows 10 and run Silverlight applications, for example, users can not work with them on Edge. Windows 10 comes with Internet Explorer; however Microsoft discontinued support your old browser in October 2021. You should find out if the developers have ready applications Edge then.

If you decide to migrate to Windows 10, Bristowe suggested that you offer your users a detailed error message in Microsoft Edge explaining why certain applications do not work in the browser and how they can make their applications work.

It's not all bad

On the positive side, Windows 10 represents a significant change in the approach of Microsoft. The company seems to be moving beyond the idea that all you have to do is promote a product under the name of Microsoft and that people will buy it because you need it, said Benjamin Robbins in Remote Mobile. Instead, Microsoft is trying to create products that people want.

For example, Microsoft is making Windows applications available on iOS and Android. He is also trying to deliver a seamless user experience with Continuum -which allows users to easily switch between touch screen and keyboard devices 2-in-1 and universal applications, allowing developers to create a application to work through a series of devices.

If Windows 10 is really the final OS Windows family clearly has to solve some problems, but signs indicate Microsoft is willing to change.

When a girl who loves men in u.. 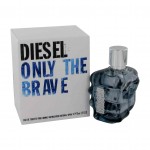 Diesel Only The Brave EDT for .. 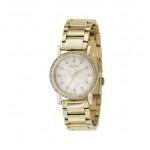