Even and especially in difficult economic times. It is the secret of the President of Gc Bologna.

An assessment of the 2015 season?
Golf is a sport that arouses great interest, certainly subject to the general economy. In these difficult years someone has decided not to continue, someone else has chosen to reduce the practice, but also on the basis of the information supplied by the Olympic Committee, it had a decrease lower than that recorded by other sports. Although it is known that some circles are facing significant difficulties.

Your moves?
With a little 'of insight we faced the "economic issue" a few years before the crisis, with some right promotions we have developed the membership, aiming always very well on the younger generation. Ours is a circle (1959) grew over the years and this we close 2015 with very good results. Young people are at the heart of our action (think of how the driving force for the whole movement of the samples which in recent years have reached significant levels in the international arena) and the next year we will continue in this direction with actions that also involve the parents which, one day, could become our partners.

In difficult years investments sometimes they suffer. Gc to Bologna?
True, but we are also convinced that just when the moments are demanding we should not stop investing, working on quality of services and the club in general. And this is what we have done and we have underway at both the external structure, both of host structure, the club house to the pool. Not to mention the care and attention to the concept of service to members and guests, which must always be characterized by courtesy and quality. Last but certainly not least, great attention is paid to the quality of our proposal regarding the food court, we want to always be a flagship, and for those who regularly attend the club is for guests.

Some number of your club?
The shares represent about 70% of our income statement, with green fees and races to complete the picture. In particular, the latter make up an important calendar, in which alternate events typically of a circle (with sponsors that accompany us for many years) to other of breath even national. All without forgetting those who choose a course of a less competitive.

The Gc Bologna and tourism, a combination active?
A very interesting aspect of recent seasons is increasing the share of green fees abroad. The excellent Bologna airport, rail service and comfortable level, the large supply of alternative culture, art, food and wine and various interests that our city and the whole region are able to offer, are increasing reasons to come play our part. This is confirmed by the fact that you have activated a daily flight Dubai-Bologna. In this, a significant role is also played by Golf & More, the program which leads the Italian offer around the world and that is certainly working.

Why choose a visit to his club?
Beyond the course in the strict sense, a first reason, in relation to what said, it is precisely Bologna, with everything that is able to offer. Speaking of our club, in addition to the path fun for every level of play, we can refer to that tradition, since 1959, is a trait that distinguishes our way of life and manage the club, the name of quality and hospitality. Thus, an essential aspect that characterizes our proposal is certainly the excellent quality of our cuisine, which we value and we want to be one of the aspects to remember. 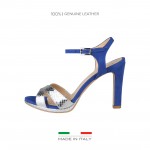 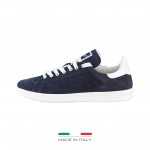