Many have already been discussed for some time and have been addressed in general terms as a real change on the horizon for marketers. But these trends are no longer mere expectations; They are here now, say some experts, and will only be consolidated during 2016. What are the trends in marketing (MKT) popular today that will only become even more popular in 2016? You better marketing managers (CMOs) pay attention to them or lose a competitive advantage.

Jim Lecinski, vice president of Customer Solutions Google in America, cured a list of the top five trends that he believes will strengthen next year and beyond.

Lecinski trends identified based on these criteria: They help CMOs in its mission to boost growth; they are big enough to be relevant trends; They are relevant in all sectors; They are relevant not only in America but throughout the world; and are trends that enable CMOs not only observe, but act now.

The five trends rest on an undeniable fact: that the mobile has completely transformed consumer behavior. "There is one long session in which you 'you connect', rather, in the present there are many 'micro moments' that occur over short bursts throughout the day as you complete micro tasks on your phone in pursuit of a bigger, like buying a new car finish, "said Lecinski.

These are the five trends:

Almost everything can be digitized. From board games to thermometers and tennis rackets, everyday products can find a new life and connect as smart and upgrades. The connectivity will become the new currency for competitiveness. Smart homes, smart cars, smart lights, all offer unprecedented opportunities for brands to increase engagement with their customers from multiple angles. That means a new flood of data to the marketing department. And according to recent reports, companies such as SAP have partnered to strengthen the security of IoT amid reports of a market showing that the market IoT has experienced, "a rhythm of sustained growth with a CAGR expected 31.7 % for the period between 2014 and 2019. An increase in the use of smart applications including navigation devices, media players and imaging devices continues to fuel the demand for better infrastructure for IoT. "

2. The mobile is first

It has been the buzzword for years, but the future arrived yesterday. According to Nielsen, more than 50% of American households have a tablet and 79% have a smart phone. And according to eMarketer, in 2017, when the cost of online advertising in the United States reach 37.360 million dollars (mdd), Facebook and Twitter together represent 33.7% of the market, compared to 30.2% this year. By 2016, spending on mobile advertising will represent nearly a quarter of total advertising spending in media. With so dependent on their smartphones millennials and younger generations as the consumer segment fastest growing, brands can no longer be relegated to the background their mobile strategies. More than ever, the brand engagement should begin, not end with the mobile platform.

In early November, the New York Times included a Google Cardboard in its Sunday edition. You can expect similar strategies in. In 2020, virtual reality represent a market of 30,000 million dollars, while augmented reality will be a market of 120,000 million, according to DigiCapital. Virtual reality, in fact, was the most discussed and a common theme in talks between CMOs attending the recent Forbes CMO Summit: how to use it, what will be its impact, what opportunities exist. CMOs as Ralph Santana, Harman; Tim Mahoney, GM and Betty Noonan Cree, presented an overview of what marketers can expect in this area in the near future, and what they are currently doing to prepare.

The kids today is devouring large. A small army of willing Davids toppling Goliaths. There are Dollar Shave Club and Harry's that have stolen market Gillette. Also the current "collaborative economy", where competition comes from shared services: Uber, Airbnb, Handy or Postmates. According to the founder of Crowd Companies, Jeremiah Owyang, "participation in the collaborative economy has grown 25% last year. More than half of Americans now obtain products and services from each other as equals, rather than buy them at established companies. "

5. The explosion of advertising technology

According to eMarketer, the US next year programmatic represent 2/3 of the total money invested in digital display ads, or more than 21,000 million dollars. That's up to twice that of 2014. In 2014, eMarketer analyst Lauren Fisher was quoted as saying, "the advertising program has done a lot of hype in the last 12-24 months, but finally it is fair to say that today, such participation is the norm, not the exception. 2014 proved to be a crucial year, and established and ready to be tested infrastructure, will see an explosion in advertising investment program in 2016 ". Welcome to the future.

Many CMOs are ending their marketing plans for 2016, and as such, it is necessary that the following questions are asked, according Lecinski: We are scanning our products? Do we think first mobile? Do we experience with virtual reality? Are we disruptions in our category? Do we take advantage of technology in advertising?

"It is too late to be first," he said. "The brands that dominate these trends can gain a competitive advantage over those that do not." 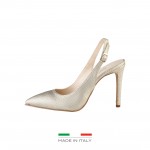 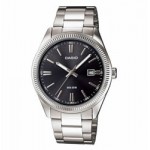